A Weekend in Fort Bragg, CA

Deciding to drive out to Fort Bragg was a last minute decision. We knew we wanted to escape the city for a weekend, but were unsure of where to go. Frankly, we were overwhelmed with options. Should we stay in a tiny house in the middle of wine country? What's Big Sur like? Is Portland too far for a weekend? Fortunately, a friend suggested we stay at her aunt's Airbnb in Fort Bragg. Knowing next to nothing about the area, we rented a car and headed out there to explore. 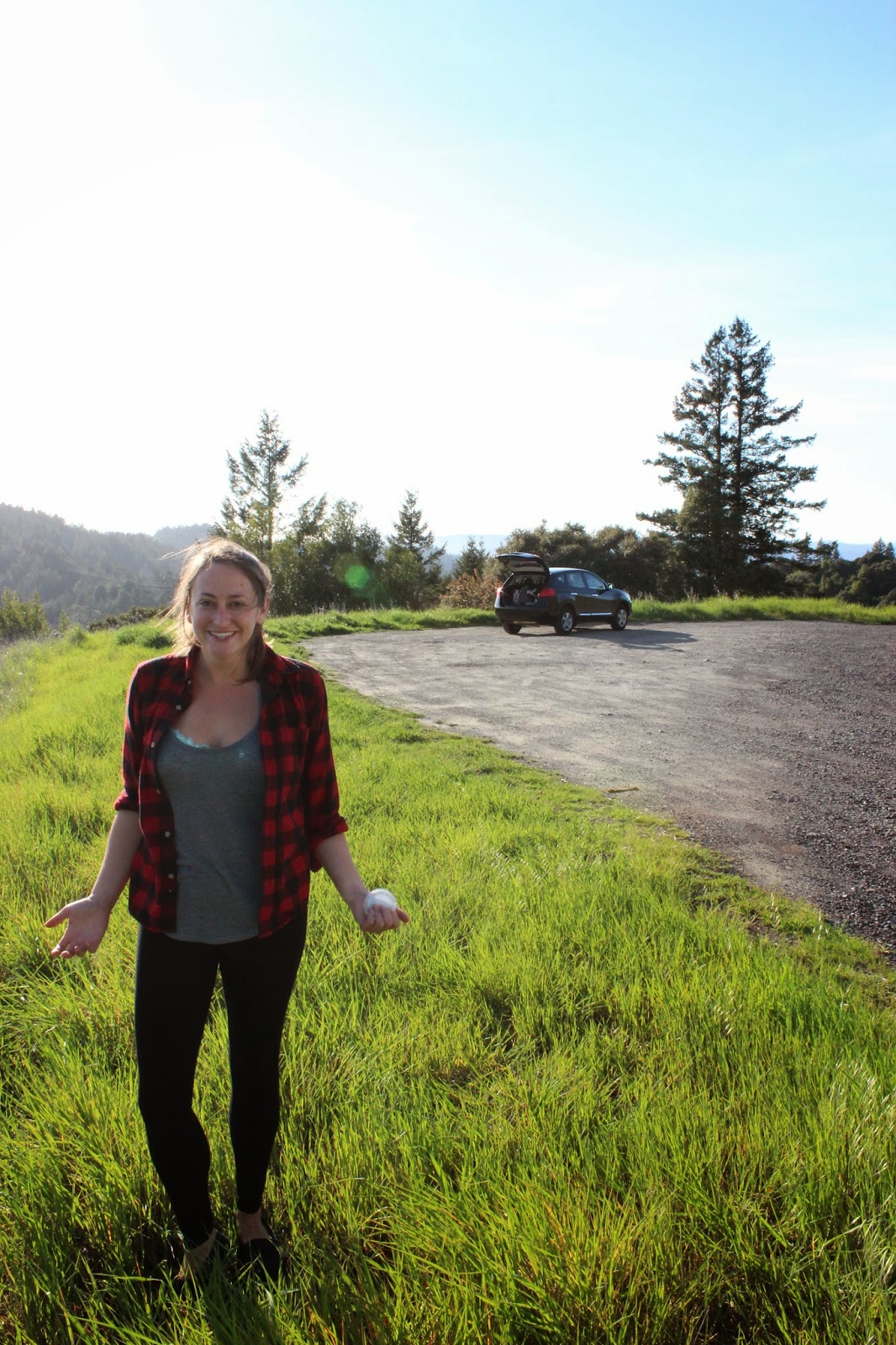 The drive alone was amazing. We rode through wine country, up and down rolling hills, past random strawberry stands, then finally reached our destination: a tiny cottage in the middle of the redwoods. It couldn't have been more picturesque.

Starving, our first adventure was to find the main strip and seek out dinner. We quickly discovered Piaci Pizza, a clear favorite among locals. The tiny establishment was overflowing with people, and the menu looked so good that we ordered not one but three pizzas.

The next morning, we decided to venture out to the neighboring town of Mendocino, which overlooks the rocky coast of the Pacific Ocean. We spent some time wandering the artsy main drag, but the majority of our day was spent hiking along the coastline in awe of the crashing surf and nearby whales. 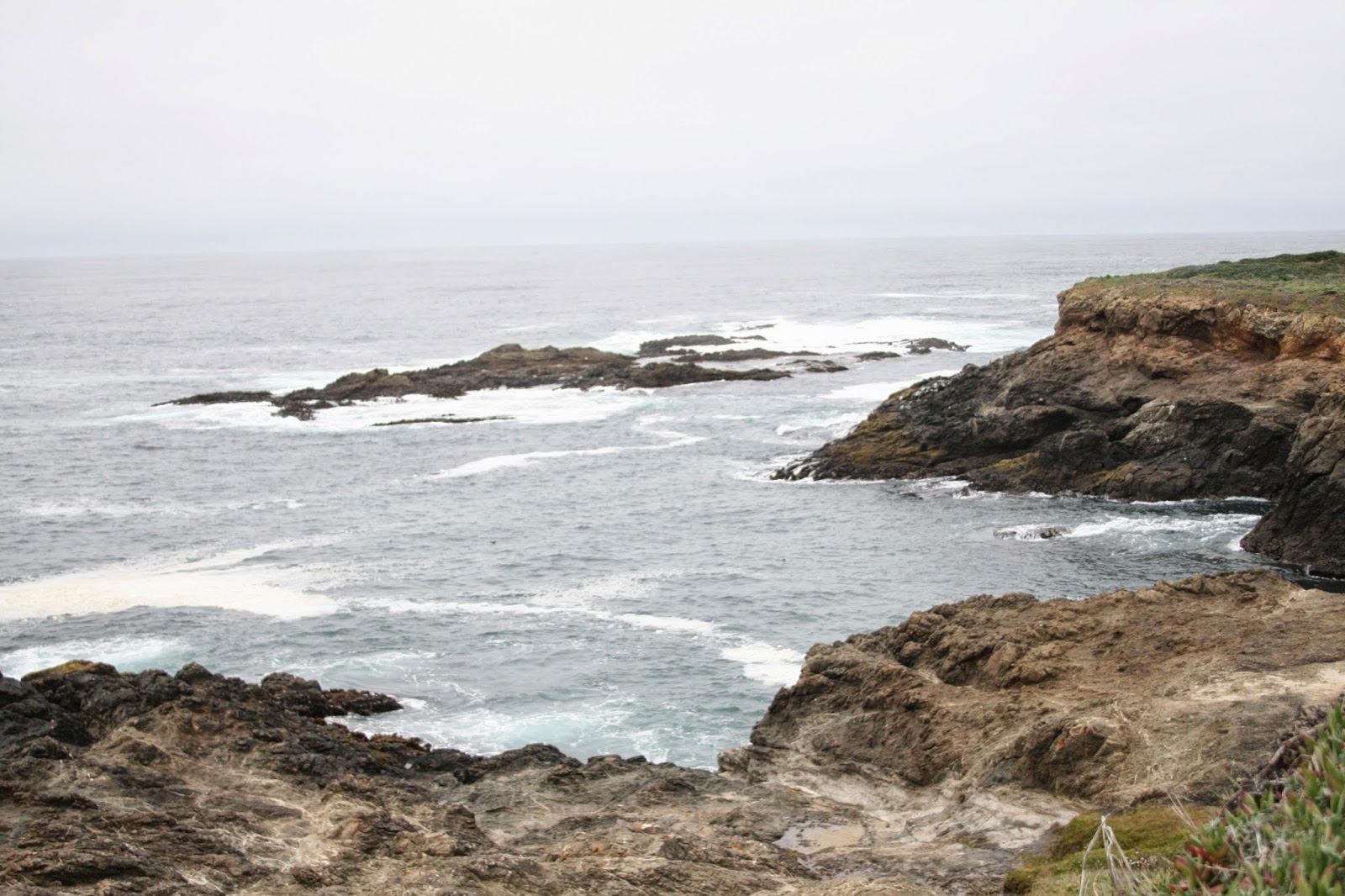 After checking Mendocino off of our to-do list, we headed to Glass Beach, a former city dump site that is known for having "copious amounts of sea glass." Let me start off by saying that the beach was absolutely beautiful. In fact, it was one of the nicest I have ever been to. The water was a striking aquamarine, the beach was deserted, and the rocky surroundings made it feel as though you were the only one for miles. The beach, however, was made of sand, and not sea glass like I had imagined. Perhaps there were pockets of glass elsewhere on the beach, but I didn't find any. After some research, I found out that tourism has depleted the sea glass stockpiles and what remains is a beautiful sandy beach. I couldn't really complain. 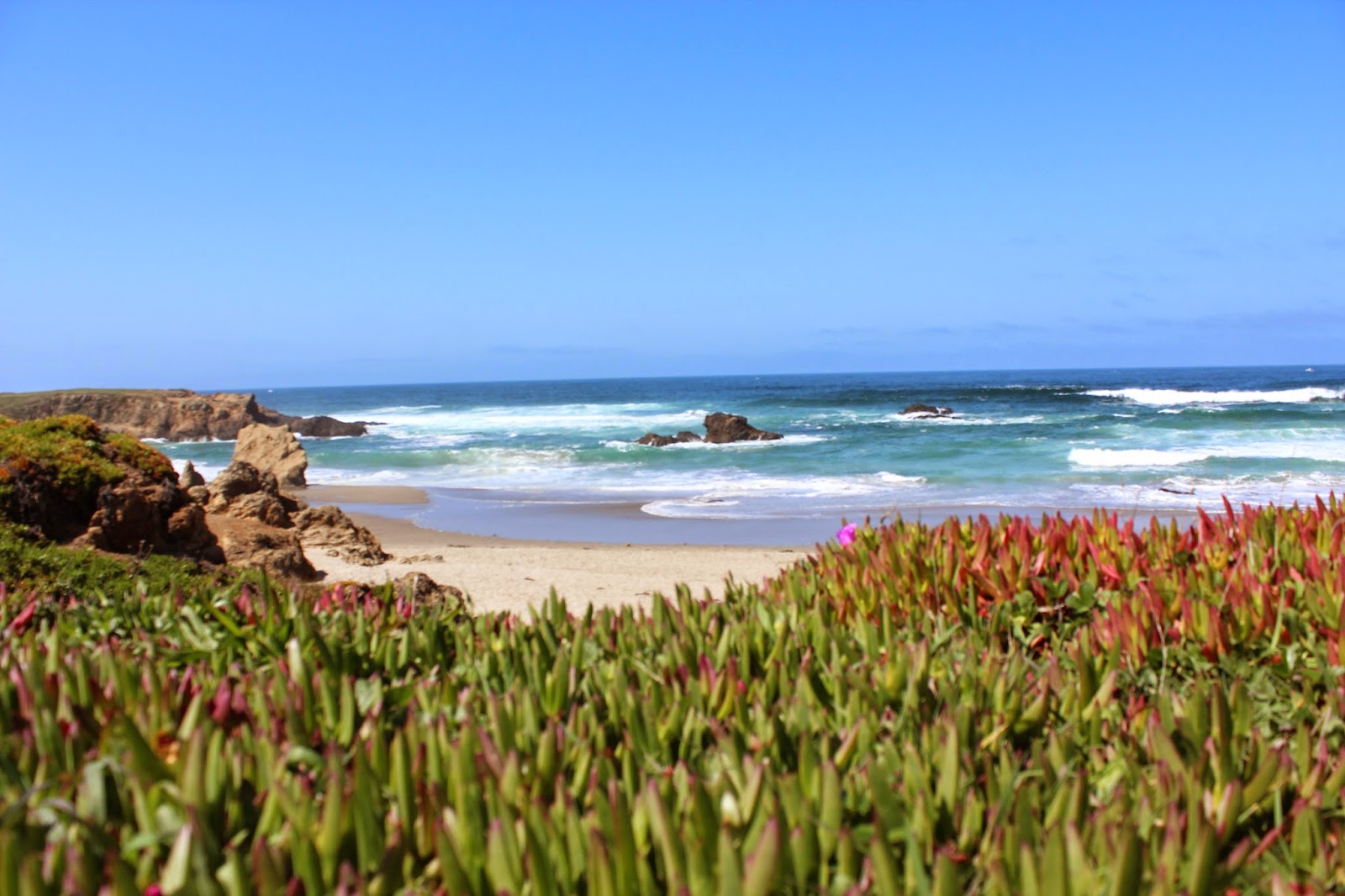 My only real complaint was that we only had one weekend. I can't wait to go back!! 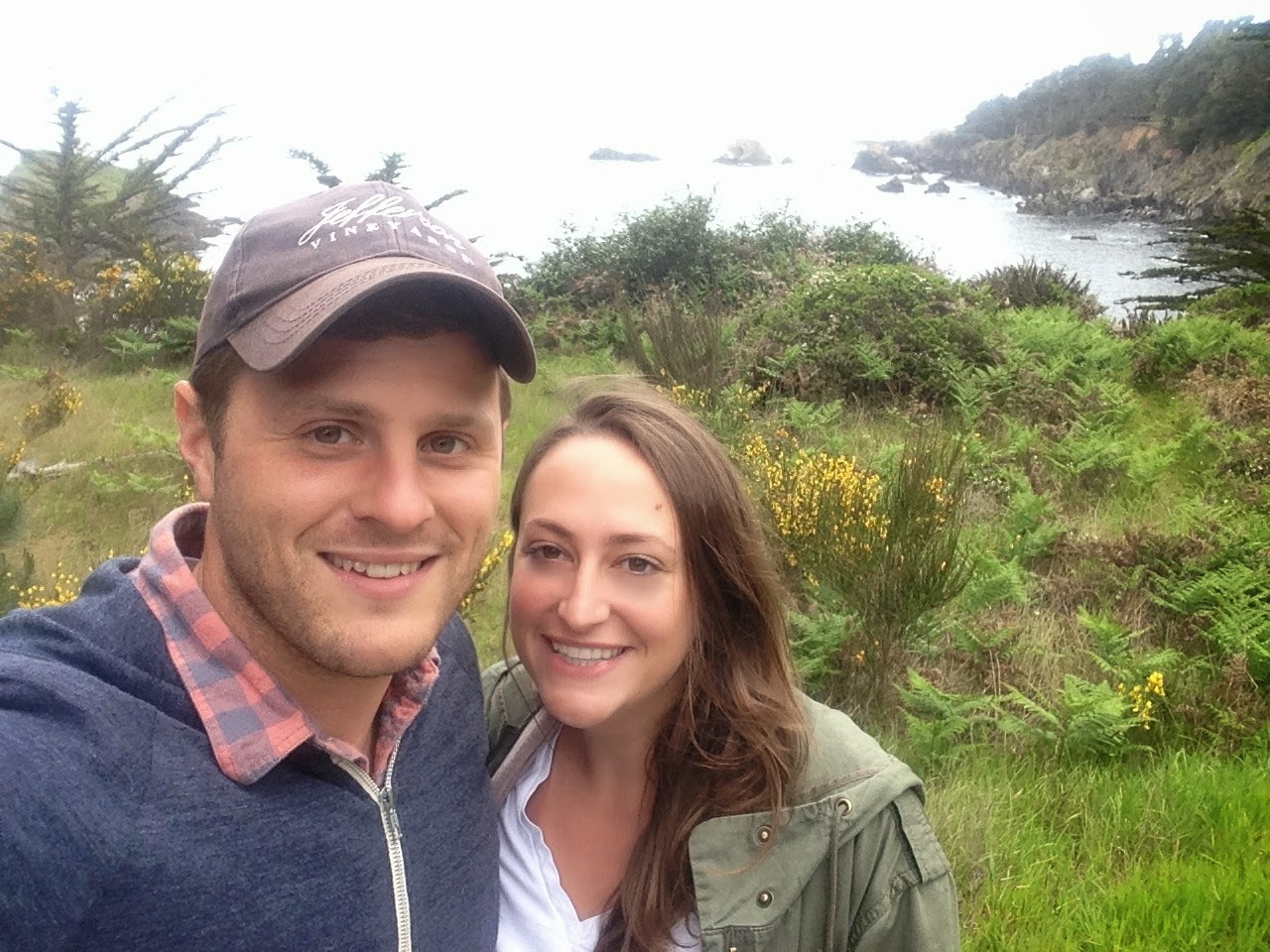 Posted by Unknown at 1:54 PM No comments:

This past weekend, we went to Sausalito, Muir Woods, and Sonoma. I was quickly reminded that I don't leave the San Francisco bubble nearly as often as I should. 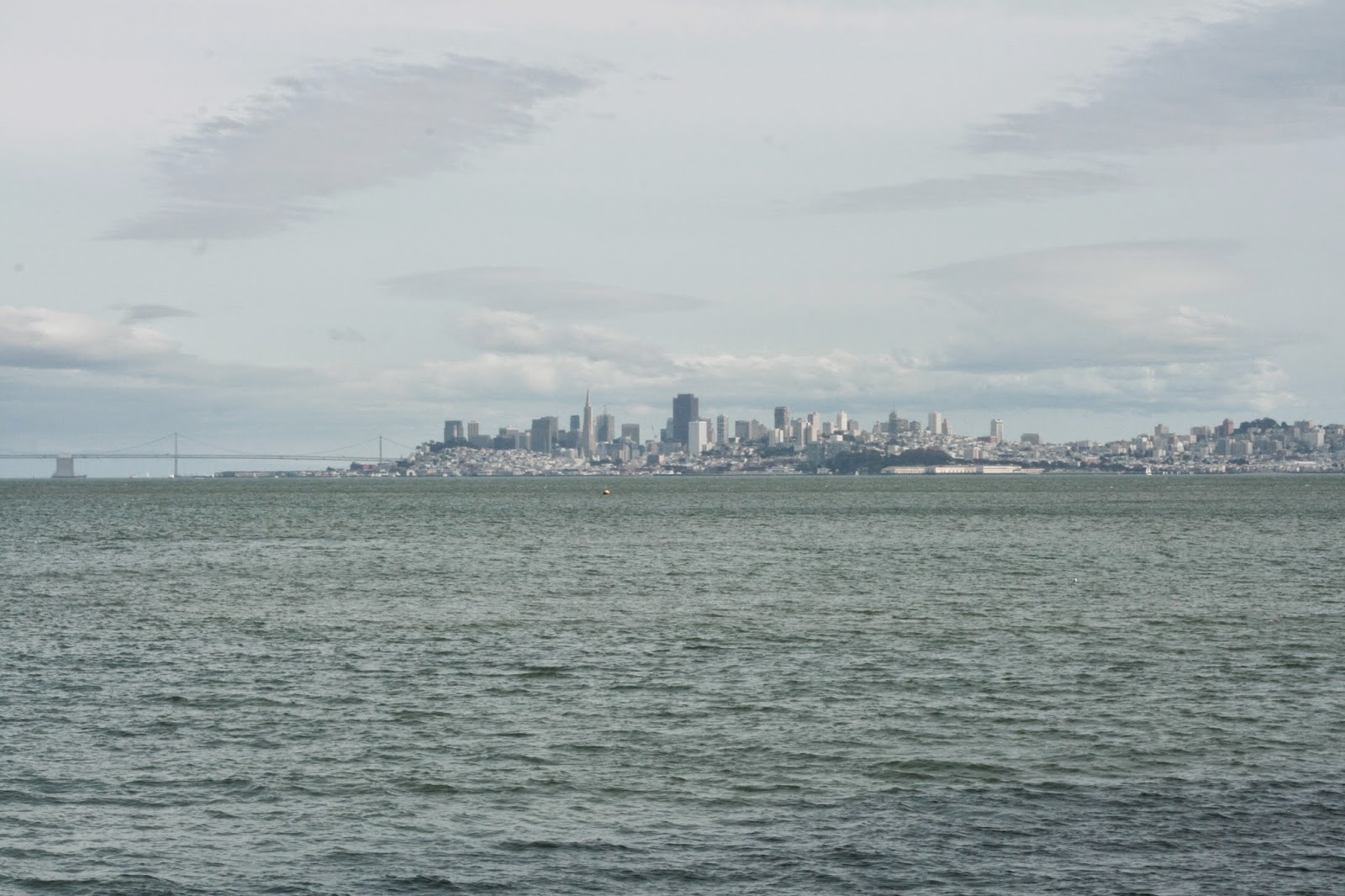 For this trip, I rented Zipcar for the day so that we would have enough time to see all three sites. First, we headed to Sausalito, one of my favorite places in the Bay Area. As you walk along the coast, you have a spectacular view of the Golden Gate Bridge, the Bay Bridge, and the city. We didn't stop for lunch in Sausalito this time, but I have eaten at Sartaj on other occasions. Sartaj is a hole-in-the-wall Indian cafe with tons of choices and lots of character. Another go-to restaurant in the area is an amazing Puerto Rican restaurant called Sol Food. Get the lemonade or you will regret it. 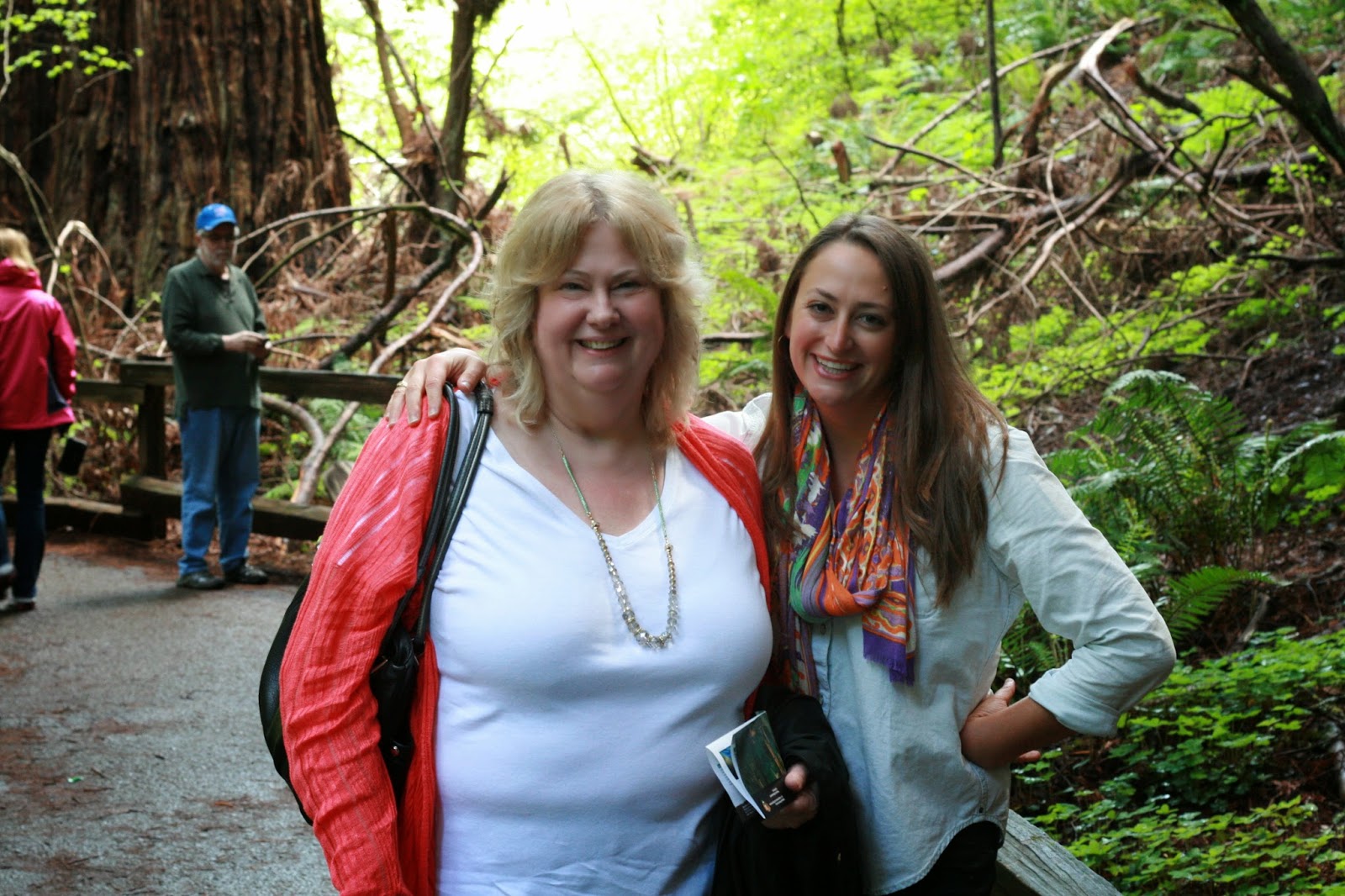 After leaving Sausalito, we headed to the redwood forest to hike through Muir Woods. Hike might actually be a bit of an overstatement. Muir has both wood planked walking paths and winding trails through the woods, but we chose the easier of the two since it had recently rained and the trails were pretty muddy. Regardless, the woods were serene and beautiful, despite the large numbers of visitors passing through on the busy Saturday that we chose to visit.


After a morning hike, we set off on Highway 1 towards Sonoma for a wine tasting at Bartholomew Park Winery. Upon entering the vineyard gates, we immediately wished we had more time to spend on the 400-acre grounds. In addition to the wine tasting and museum tour, visitors also have access to picnic grounds and hiking trails. We had just enough time for a tasting before heading back to the city. 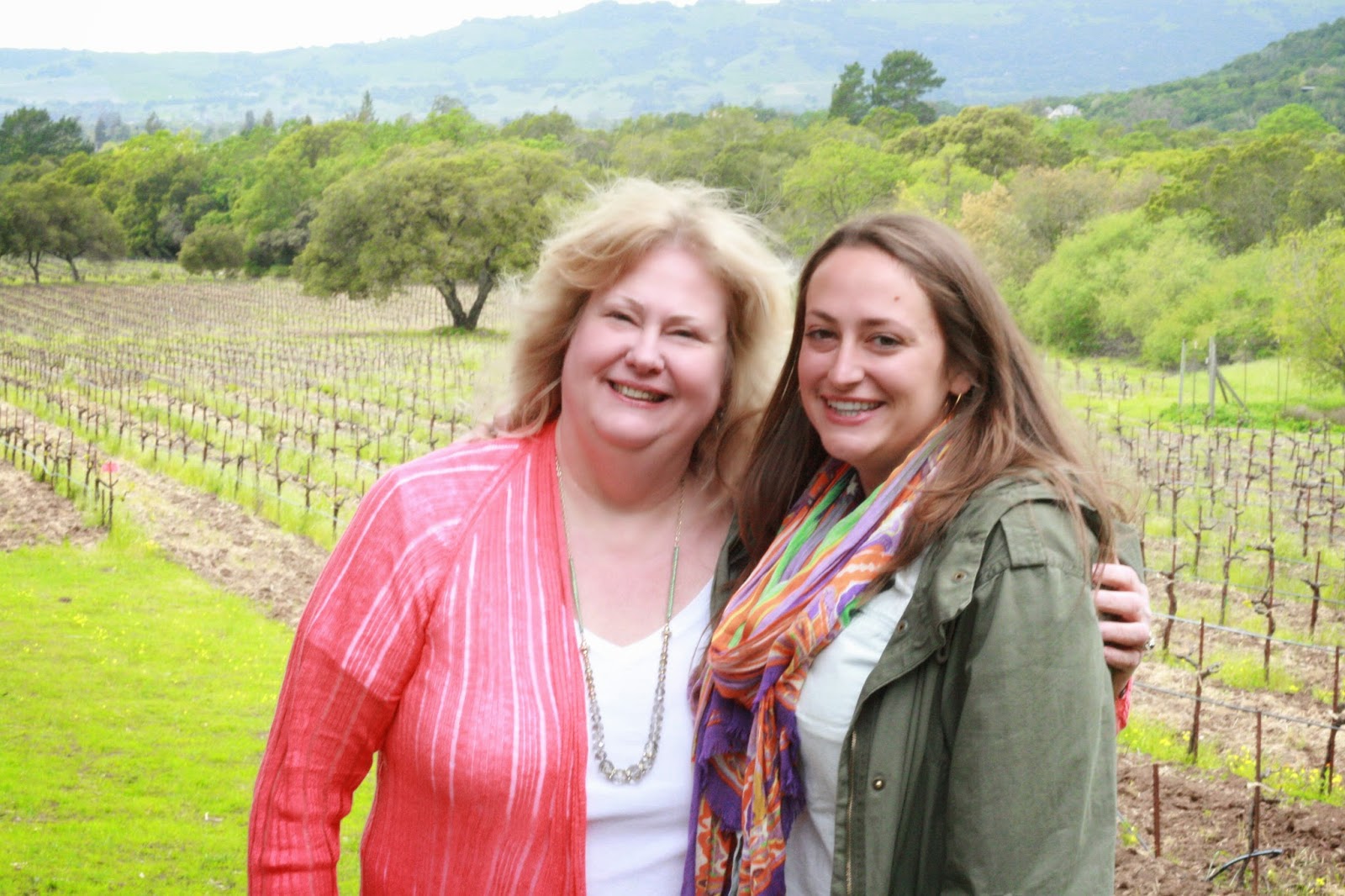 Posted by Unknown at 2:26 PM No comments: